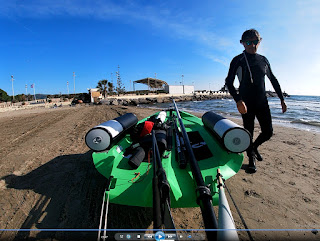 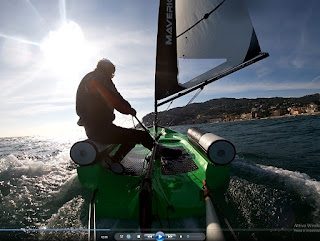 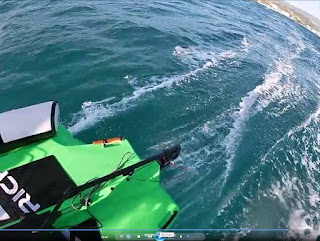 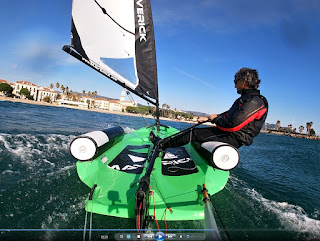 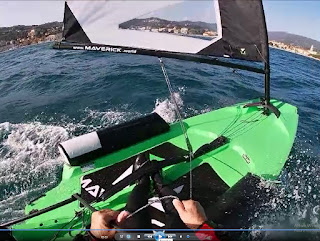 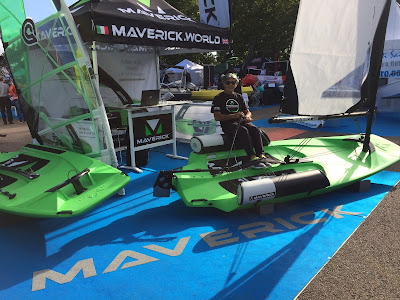 at the end of the day, here we are!
Maverick World @ Southampton Boat Show 2018. 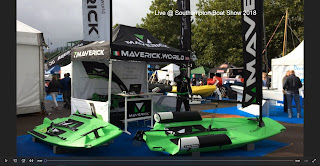 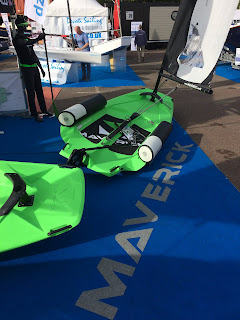 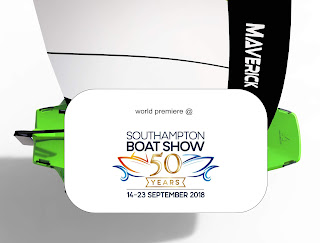 In a sloop the external living area is limited to the cockpit surface.70% of the deck is dedicated to rig manoeuvres . W-Twin layout aim to improve this space by using the central area as a terasse .

Guests can have relax without creating obstacles to manoeuvres.The double jib rig can be
equipped by electric furling systems that allow to manage the boat as a singlehanded. Helmsman can optimize sails surface from his "driving" position.
Posted by Daniele Nessun commento:
Invia tramite emailPostalo sul blogCondividi su TwitterCondividi su FacebookCondividi su Pinterest 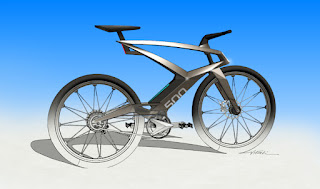 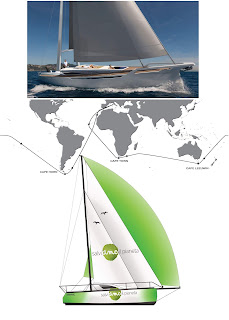 "I was in UK for the development of my new "wind board"project when I got a phone call from a skipper Ivan Dimov  https://skipperlib.com/en/ that was interested in using that sail plan scheme seen on a magazine for his six meter sailboat with which he wanted to attempt the solo-circumnavigation record. "
From that moment my friend Marco Pizzoglio and I started making reliefs, calculations, draw cuts references, reinforcements on the hull that was based in a small building site near
Cecina, Italy.
We had to start from an existing hull that Ivan wanted as ideal base to work on for her characteristics of simplicity and robust construction.
Notes that the start line was scheduled in June 10th from La Rochelle in France, we were in November, so we had a very little time for the project and even less for development.
No choice: the boat MUST run at the first splash.
So repeated structural calculations, weight balancing (camboose for 240 days :figure out your shopping at the supermarket ...........for a week!!    :-)
hypothesis of 360° capsize, not to be excluded for these dimension nut in the middle of the oceans. What will break, which spare parts ....
Continuous Telephone calls at any doubt and at any time.
Last but not list, to find the rig supplier! Ciccio came to my mind, a yacht rigger known during a Rome-Tunisy regatta with his trimaran Cotonella .
I call him and summarily explain our madness. " Well, yes, a bipode structure,..... simplified,..light.........I like the idea."
A month later Minnie has been splashed and the first tests results are over our best expectations.
https://www.facebook.com/photo.php?fbid=10216036907345864&set=a.1270474652348.2040318.1544317067&type=3&theater
Ivan is very happy in spite million things to do in a very short time.
Posted by Daniele Nessun commento:
Invia tramite emailPostalo sul blogCondividi su TwitterCondividi su FacebookCondividi su Pinterest 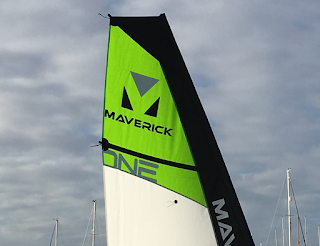